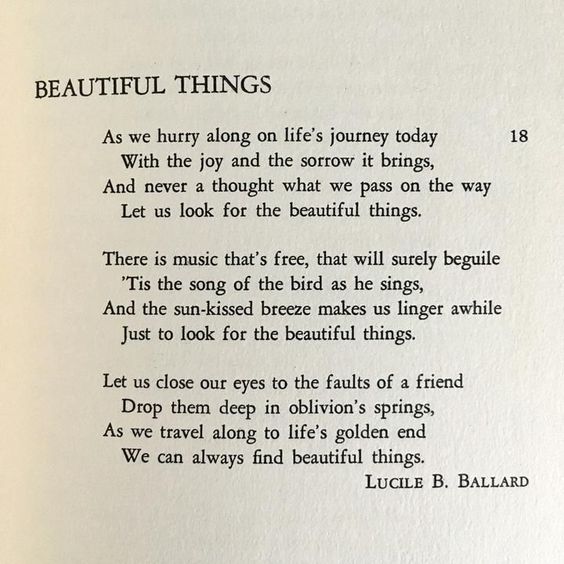 In Numerology the month of February represents TWO ~ The Duo

Which promises to be fantastic for building relationships, not only with others, but also with yourself. Reach out to others, although you must use caution to avoid becoming a doormat. Don’t get caught up in surrendering your dreams and desires to satisfy someone else’s and end up feeling powerless or mis-used.

Killing Them With Kindness
Diplomacy is at the heart of this month. Yes, there can be lots of ups and downs in your relationships, so your key will be ~ “co-operation” ~ otherwise drama may become a recurring theme.

Is Someone Pushing Your Buttons?
Keep a level head and see all sides of an issue. Build bridges, to get over them.
The good news is that February will bring a sense of balance back to everything.

Your mantra this month should be…

“Look For The Beautiful Things”

There is a beauty in everything, but not everyone sees,

we ignore the flowers and then walk past the trees.

Birds in the distance sweetly singing their songs,

but it seems that we’re all tuned in to technology,

don’t you think, that, this is wrong?

Generations from the 60’s enjoyed playing outside,

we’d go on adventures or cycle off on bike rides.

Now our children are all tuned in,

to war games on the TV, they are imaginary fighting to win.

while they concentrate on their Iphones,

shrugging, shoulders, that everything else, is a bore.

Our next generations have been ‘desensitised’ to the reality of life,

making me wonder, what will their future years be like?

I suspect, by these examples, it will not be so nice.

all they are interested in, is the next video games they can fight.

I hope that I am wrong,

and all of this ‘unawareness’ turns out all right.

Where are our young artists, painting outside the lines?

where are the colouring books, dot to dot, or crosswords to find?

As they focus on their Xboxes? well, then, who can we blame?

when children are lost, to be found, playing, imaginary war games,

was big, brash, transformational and extreme.

“Top of the Pops” tunes, for rebellious souls.

an era we had believed, there was nothing to lose.

Anything could happen in fashion back then,

from revolutions to the moon landings of men.

The age of action heroes and melodrama,

That decade in the 70’s of divisions and extremes,

In reminiscence of those times,

when PM Margaret Thatcher, had sold out the mines.

against the establishments, of pig ignorance.

new computers were being installed at the office.

Our motto of life… “If you give, you will get”

work hard for a living, if you want goals, to be met.

We had no expectations, entitlements or privilege,

respect for others and good manners, our derivative.

The divergent, defiant, risk takers of that decade,

were a lot more important, than most appreciate.

“If you have built castles in the air, your work need not be lost. Now put foundations under them” ~ Osa Johnson

This is the number of stability. A year to get focussed and concentrate. Look at the small print. Take life a little more seriously in 2020. Have a clear intent. Keep your nose to the grindstone, as this is your year to remain grounded and solid.

Plan your work, to work your plan

Focus on your inner stability, physically, mentally and emotionally. Start where you are, find out what you need, have a plan and follow it through. Be determined to persist through difficulties and problems. Dig deep to create a strong foundation, then you will know, how to reach your goals.

Be sure to be sure!

Have clear expectations, while also knowing your guidelines and limits. Look at all sides of every issue, then bounce between the pros and cons, to understand how to make your decisions.  Be sure to be sure, by breaking down your big goals and commitments into small steps.

Commit to a present location, relationship or a line of work.

Your mantra for the year 2020 should be:

Trust in the magic of new beginnings.

Have you ever asked yourself, what you’re trying to prove?

This month calls for new beginnings, potential and initiative. Motivated by originality, uniqueness and purpose. It brings with it, courage energy and positivity, but wait, it is not about concrete achievement, so much as the creation of opportunity. A pure urge to action.

Something is coming into being, a new force to be reckoned with.

“One” is ambitious, the pioneer, driven to break new ground.

Your inner self whispers to you of solitude and self sufficiency. However being on your own doesn’t mean going off dreaming, it means having the opportunity to take action.

You seek the road less travelled. You will be yearning to start something totally new. Have faith in yourself in life and the realm of possibilities.

Your mantra should be:

“There are no limits to my ideas”